Hit enter to search or ESC to close
Events

Doing my bit for the children – Mala

My name is Mala Patel and in July 2012 I turned 40 so I wanted to do something significant and or crazy to mark the occasion! As time was running out, just before my 41st birthday I made the decision to do something for charity. The charities I chose to support were CARE and Birmingham Children’s Hospital Children’s Cancer Centre Appeal.

I chose CARE because my sister Dilisha and her friends are the youth wing of this charity and over the years they have inspired me in the things they do to help provide education for underprivileged children in India and Africa.  I wanted to do my bit to help support this group of amazing individuals who totally volunteer their time and 100% of all money raised goes to the grassroots to help educate these children.

I also chose to support Birmingham Children’s Hospital Children’s Cancer Centre Appeal because so many of our lives are now touched by cancer and children are very important to me and always have been. Also a close friend of ours lost his 9 year old daughter to cancer and she was being treated at this hospital.

Being a mother and teacher, children and education are two very important aspects of my life, therefore these two very worthy charities fit my ideals perfectly.

My next decision was what should I do?  It needed to be something that would have a huge impact and raise a significant amount of money. Therefore, in a moment of madness some would say, I decided to shave all my hair off!  No big deal I hear some of you thinking…..but being a 40 year old primary school teacher and mother of two teenage boys, I wasn’t quite sure I’d be able to pull this off?! I put the idea firstly to my three sisters, Nila, Bhavika and Dilisha.  After initially laughing at me they thought it was a great idea and said that I should go for it!

The next challenge was my two teenagers, Vikash and Mitesh; I mean would they really want to be seen in public with a bald mum??  They looked at me in surprise and said, “really, shave it all off?”  But both of them gave me their wholehearted support and encouragement and even said that they would be proud of me.  My husband Ashok, I think he thought I’d lost the plot!  But still he said that as long as its what I’m sure I want then go for it.

So the seed was planted… all I needed to do now was to publicise it and start raising sponsorship.  Publicity came via the almighty Facebook and also locally by the Walsall Advertiser putting a story and photo on their front page!  I set the challenge of raising £1000 but a few days before the actual event, this target was smashed!  In fact at the time of writing this article the total was above £2000!  An amazing response from wonderful family, friends, community members and colleagues.

On Saturday 15th June my head was shaved at Peter Pyne hairdressers (who very generously didn’t charge me).  Many of my friends and family were there to support me and in fact quite a few of them had a go at shaving a strip of my hair!  They had to donate £5 for the pleasure though.  My youngest son, Mitesh was first in the queue and shaved the first strip of my hair….then slowly it all came off!

I felt quite nervous before I left but in the end it turned out to be an enjoyable and memorable morning, only because I had my loved ones around me to give me the strength and courage to go through with it.

Now that the deed has been done I feel a huge sense of achievement and pride that I have managed to raise such a significant figure which will help both of these charities to continue to do the great work that they do. I have been humbled by the sheer level of support that I have received and still continue to do so.

There has been lots of support and wonderful comments after the event by so many people to whom I’m very grateful. A huge thank you to all of you who have already supported me and in turn, these two wonderful charities.

If anyone would like to pledge their support it can still be done online via: http://uk.virginmoneygiving.com/Mala or contact me via email,  mala_patel04@hotmail.com

Thank you all so much for taking the time to read this and please spread the word to your own friends and families.

“Anyone can make a difference.” 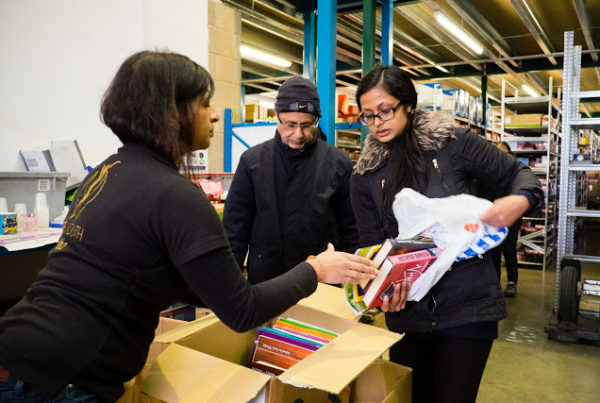 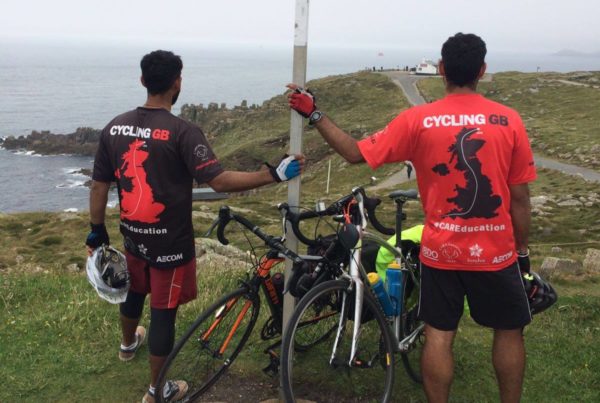 Nikhil and Vinay do JOGLE!